Experiences in Paris of the North

Scheelsminde is located approximately 3 kilometres from Aalborg city centre and is therefore close to the big city’s many attractions and activities. However, you don’t need to head into the city to find things to do and see, because we have a wide selection of cultural and historical experiences right on our doorstep, not to mention a wealth of beautiful natural areas and parks to explore.

Read more about the experiences and attractions around Scheelsminde and in Aalborg city centre.

The Kunsten Museum of Modern Art is a modern art museum where you can experience creative art exhibitions, webshops, workshops and lectures.

Østerådalen is a beautiful natural area located a few kilometres outside the city centre. The area covers over 100 hectares, with lakes, meadows and a rich birdlife.

Kildeparken is one of Aalborg’s oldest parks and has many different activities going on all year round. It boasts fountains and classical works aplenty, as well as the popular singing trees.

Aalborg Zoo is close to Aalborg city centre and is a cosy zoo of around 8 hectares in size. The zoo houses more than 1,500 animals from around 126 different species. 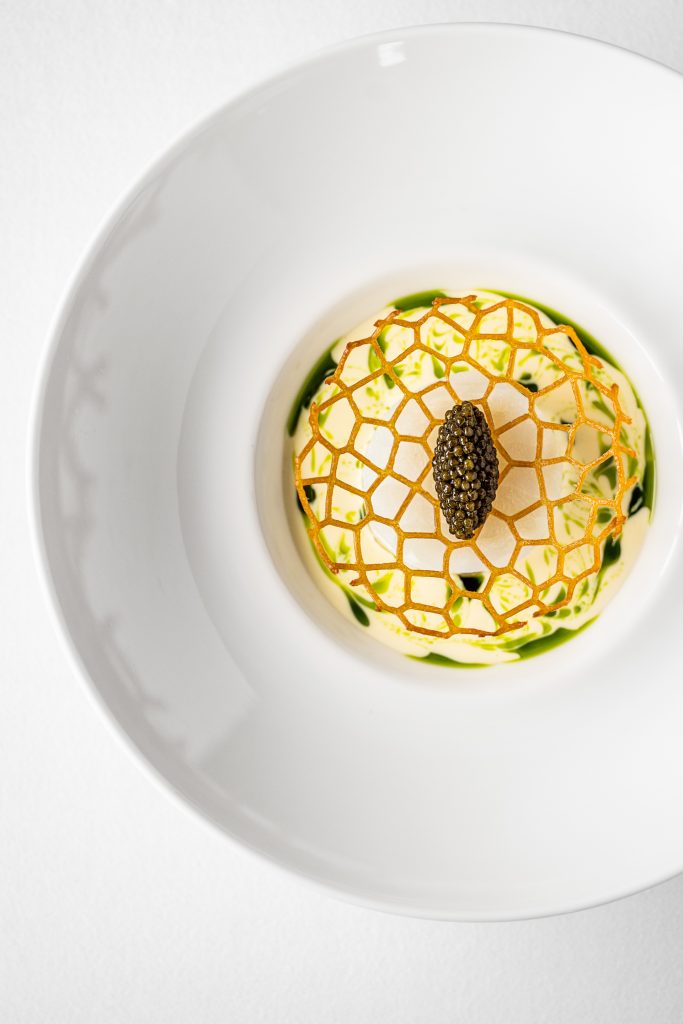 A taste of Aalborg

There are countless good places to eat in Aalborg, and many different types of food and experiences. Read more about our recommended eateries below.

Restaurant Bühlmann is award-winning gourmet and à la carte served in beautiful surroundings at our manor house in the center of Aalborg. At Restaurant Bühlmann, we hand-pick and use the best seasonal ingredients to create create sensory gastronomic experiences. Both our Swiss roots and the history of the manor are sources of inspiration when we create new and improved dining experiences.

Restaurant Bühlmann is the setting for the perfect evening, with a beautiful location just above the manor park, where many of the menu’s ingredients are grown and harvested. We also like to make the park, the greenhouse, the terrace, the wine cellar and the house’s many nooks and crannies a part of your overall sensory experience.
READ MORE 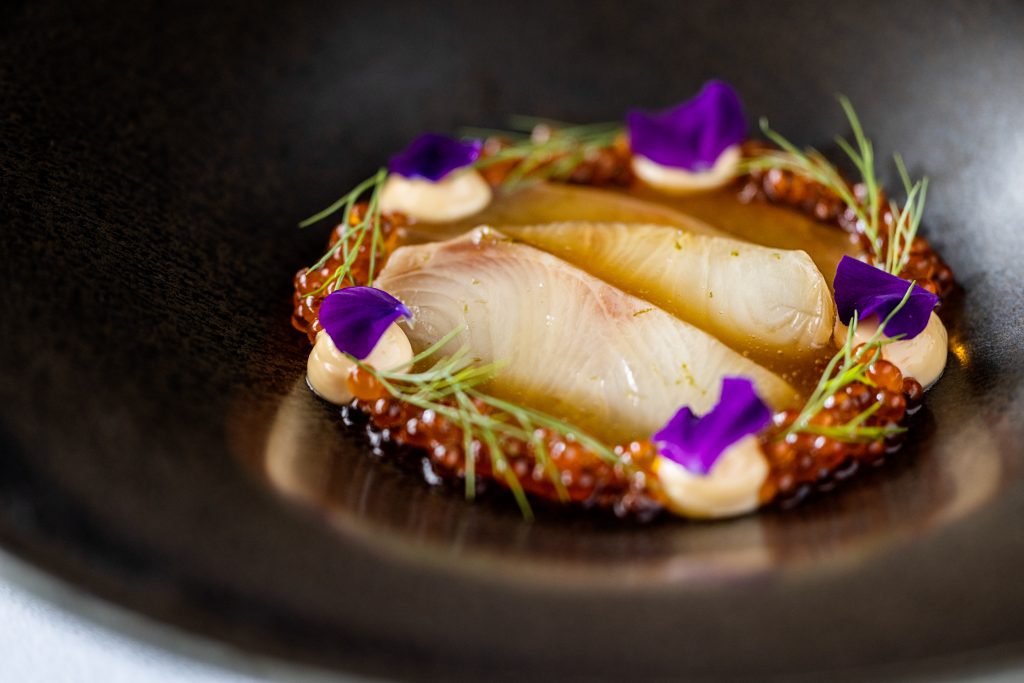 Musikkens Hus is located on the Aalborg waterfront and offers unique events and magnificent concerts.

The Utzon Center hosts interesting exhibitions in beautiful surroundings. The architecture is brought to life in a way that involves all your senses.

Aalborg Tower was built in 1933 as part of the North Jutland Exhibition. The tower is 55 metres high and therefore boasts a beautiful view of the city.

Skråen is a former power station and is located in Nordkraft cultural centre. Today, the venue hosts live music and international artists, among other things.

Nordkraft is a cultural centre in Aalborg where you can enjoy all sorts of events, concerts, markets, films, restaurants and various sports activities.

The Port of Aalborg is the Limfjord’s largest port and is home to Musikkens Hus, Pier 5 Hotel, the Utzon Center and various green areas.

Budolfi Church is Aalborg’s cathedral and is centrally located in Budolfi Plads. Although it is the smallest cathedral in Denmark, it boasts a fantastic carillon.

The Viking Museum is based at Lindholm Høje cemetery in Nørresundby. A great museum for learning more about the graves and archaeological finds from the Iron Age and the Viking Age. 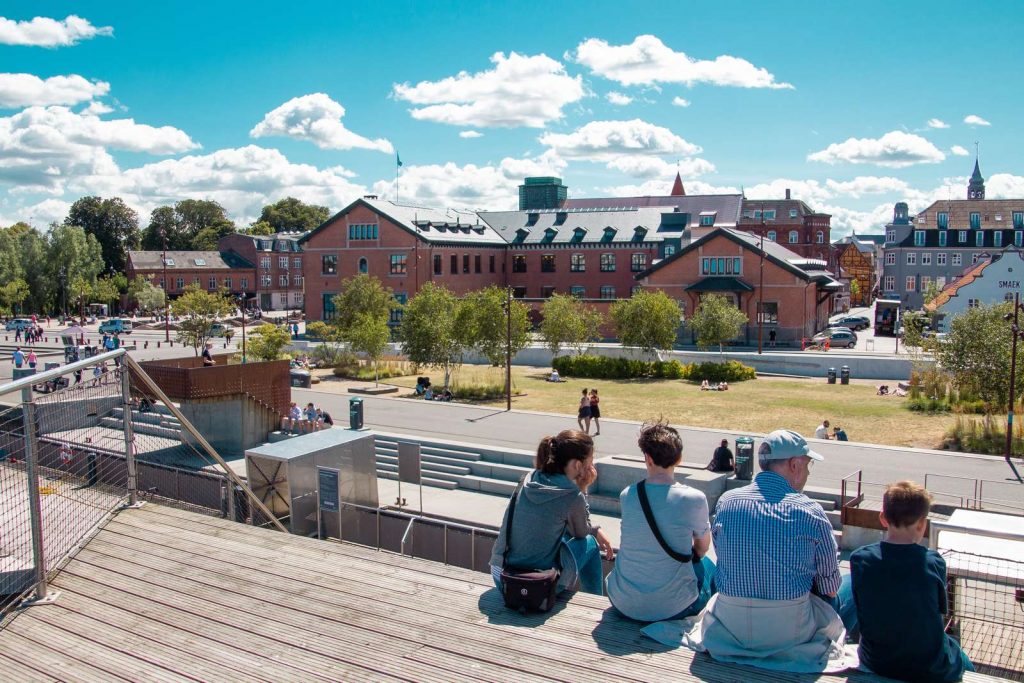 ONE OF DENMARK'S OLDEST CITIES

When you visit Aalborg, you’ll soon realise that it’s a relatively old city – but did you know that it is actually one of the oldest cities in Denmark? It is believed that Aalborg was founded around 1035.

Even back then, the city had a good location on the Limfjord and was therefore an obvious choice for trade and industry, which Aalborg quickly became known for at the time. In fact, the city had a somewhat bad reputation for a while as a typical industrial city, focused on producing cement and schnapps.

Today, industry has been replaced by culture, and Aalborg offers a wealth of exciting attractions and activities.

There are exciting events and attractions going on in Aalborg all year round.
Explore the many options below.

Scheelsminde is Aalborg’s only manor hotel. We are always ready to welcome you to a world of good quality. We have 94 hotel rooms, a reputable restaurant, party rooms, meeting and conference facilities and a wonderful pool and jacuzzi area. The hotel is managed by Familien Bühlmann.